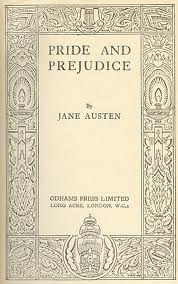 2 thoughts on “200 Years of Pride and Prejudice”