I love the Olympics! Even though I’m not a huge sports fan, there’s just something about these games. It’s…well, the Olympics. Anything is possible. There are plenty of magical moments.

There is inspiration to be found in the determination, dedication, and spirit of each competitor, whether they make it to the podium or not.

Here in Canada, we take our hockey seriously. VERY seriously. To lose out in the semis would be devastating. Kind of like it was for Russia yesterday, only that was worse…because hometown losses suck worse than others obviously. Like we almost did to Latvia. Because where is that again? Oh yeah, at the corner of Russia and Lithuania.

Yesterday their twenty-one year old back-up goalie, Kristers Gudlevskis, proved he could take on a team of NHL veterans and almost, but not quite thank you, God, shut them down. Although, the rest of his team did have something to do with it. He stopped 55 out of 57 shots. That’s, like, incredible. He’s Tampa Bay Lightening draft and plays on their farm team. Um…I think that’s about to change. He’s probably already filming a Visa commercial. 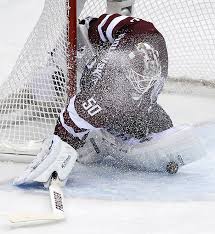 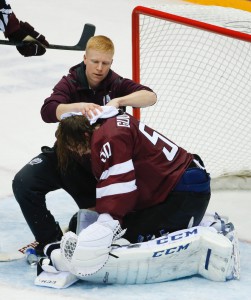 He left it all out there as the cliche goes. Every drop of everything he had. This kid deserves Latvia’s version of a medal of honour. He certainly deserves our respect.

Greatness. It’s all around us. In every nook and cranny. Waiting to inspire us.