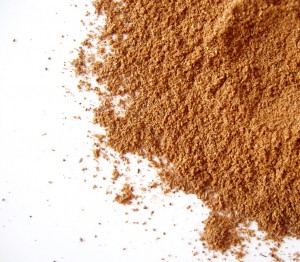 Cinnamon Toast was a treat my Mom would make on those extra-cold winter nights. Chances are the smell of buttered toast sprinkled with sugar and cinnamon found me either hiding with a book or hunkered down in front of the television. Time to put down Anne of Green Gables or taken a break from watching Little House on the Prairie and go to the kitchen to investigate. There’s also a chance Mom might have found me studying Charlie’s Angels instead of math.

I bet everyone has a cinnamon story of their own. These days I enjoy it swirled on top of my Chai Tea Lattes. It’s amazing what a barrista can do with foam and cinnamon. But it’s the scent that takes me back to the cozy feeling of being safe and warm.

My mind is on those kinds of details these days. I’m putting the final touches on my work-in-progress. This next pass through is about adding those little details, channeling the five senses, imagining a specific experience and describing it on paper.

A little like cinnamon toast, it’s about mixing the exotic with the everyday.

FYI: That’s not all cinnamon has going for it. It’s also good for your health and useful in lowering blood sugar levels and increasing alertness. There are a bunch of other benefits but I’ll leave that for you to explore.

But just in case you’re interested here are some yummy ways to consume cinnamon. Besides the most delicious of way of all which is a cinnamon bun smeared with cream cheese icing. Because you don’t even want to know how many calories are in one of those bad boys. Or perhaps this is one of those cases where denial isn’t a good thing. You may enjoy rolling up the rim to win at Tim Horton’s but adding a glazed cinnamon roll will cost you 340 calories. Yikes.