The last days of December always lend themselves to reflection. Everyone’s posting what topped their lists in 2016. My top five is books, of course! I read a lot of new-to-me authors and interesting books this year because of free book offerings and book sale sites. A lot. I have to say I enjoyed quite a few of them, but I wanted to keep this list manageable. These five stood out!

This is no cozy mystery and Joanne Kilbourn is not your warm and fuzzy type of heroine. Not that there’s anything wrong with cozy or fuzzy when it comes to characters and books. But Joanne Kilbourn is a strong female lead who isn’t afraid to make decisions and take action. LOVE. I also loved how Bowen crafted a story about an inner city area and made it about the greed and avarice of the wealthy. And, of course, politics. Well written, well plotted – well done! 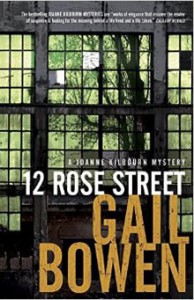 Anderson’s Cold Justice Series was new to me this year and it all started with a free book, the first one in the series. But Cold In The Shadows, number five, is my favourite of the series. Again, love her characters, who are strong, intelligent and driven. It’s short on angst and the over-the-top emotional introspection which seems to be very popular these days. You get the sense Anderson knows her stuff and has done her research. 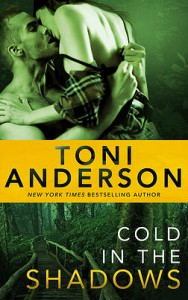 How I adore this series! Which is strange because I’m not usually a fan of New Adult or rockstar romances. But Scott’s got a great voice and a wicked sense of humour. And once again, it’s full of strong, independent female characters, who aren’t perfect and make questionable choices, but they’re smart, honest, and real. There are depth to the characters and each one is unique. This series is fresh, smart, and appealing. 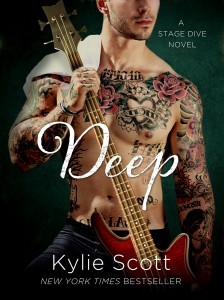 Him by Elle Kennedy and Sarina Bowen

These two! I loved the banter between these two guys and the internal dialogue which was just the right kind of not-too-over-the-top. Again, not a New Adult fan, but here I am picking another one. In fact, I don’t read sports stories either. But hello…the writing! And it’s super sexy and super sweet with no alpha males in sight. 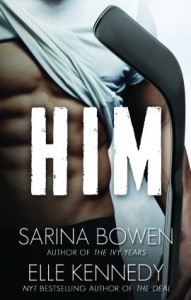 The Husband’s Secret by Liane Moriarty

Read this one for book club. I’ve read a lot of good books for book club. While I enjoy literary works of fiction they don’t comfort or intrigue or whisk me away like genre fiction. But I do love it when an author presents you with a story that makes you question what you would have done in the characters place. Makes you question how noble you really are? 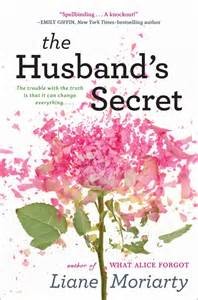 There you have it! My top five picks for 2015. I’m sure many great books will find their way into my to-be-read pile in 2016. What was you favourite book(s) of the year?

No surprise I love reading. I’m somewhat of a varied reader. How’s that for vague? I wouldn’t say I read all over the place, because I do prefer certain types of stories over others.

That’s it. That’s all I have. One requirement. Which, I think, still leaves a lot of open road. To that end, I’ve been reading. 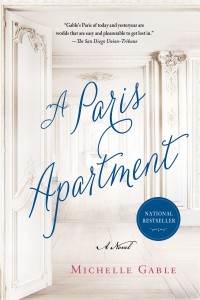 When April Vogt’s boss tells her about the discoveries in a cramped, decrepit apartment in the ninth arrondissement, the Sotheby’s continental furniture specialist does not hear the words dust or rats or shuttered for seventy years. She hears Paris. She hears escape.

Once in Paris, April quickly learns the apartment is not merely some rich hoarder’s repository. Beneath the dust and cobwebs and stale perfumed air is a goldmine and not because of the actual gold (or painted ostrich eggs or mounted rhinoceros horns or bronze bathtub). First, there’s a portrait by one of the masters of the Belle Époque. And there are letters and journals written by the woman in the painting, documents showing she was more than a renowned courtesan with enviable décolletage. Suddenly it’s no longer about the bureau plats and Louis-style armchairs that will fetch millions at auction. It’s about a life. Two lives, actually.

With the help of a salty Parisian solicitor and the courtesan’s private documents, April tries to uncover the secrets buried in the apartment. As she digs into one woman’s life, April can’t help but take a deeper look into her own. When two things she left bubbling back in the States begin to boil over, April starts to wonder if in this apartment or in this life, she’ll ever find what she’s looking for.

I liked it! Because hello Paris! An abandoned apartment. A hoarder. Of cool stuff. Expensive stuff! If you love antique furniture, you’ll love this book. I also adoring this contemporary/history story mix idea right now. One taking place in the present and one in the past. I loved reading about Paris too! So win!

They don’t play for the same team. Or do they?

Jamie Canning has never been able to figure out how he lost his closest friend. Four years ago, his tattooed, wise-cracking, rule-breaking roommate cut him off without an explanation. So what if things got a little weird on the last night of hockey camp the summer they were eighteen? It was just a little drunken foolishness. Nobody died.

Ryan Wesley’s biggest regret is coaxing his very straight friend into a bet that pushed the boundaries of their relationship. Now, with their college teams set to face off at the national championship, he’ll finally get a chance to apologize. But all it takes is one look at his longtime crush, and the ache is stronger than ever.

Jamie has waited a long time for answers, but walks away with only more questions—can one night of sex ruin a friendship? If not, how about six more weeks of it? When Wesley turns up to coach alongside Jamie for one more hot summer at camp, Jamie has a few things to discover about his old friend…and a big one to learn about himself.

Loved this book! Which surprised me because I’m generally not a fan of the New Adult genre. Or sports stories. I can’t remember what influenced me to read it. But oh my gosh! It was super sexy. And super sweet! No alpha males in sight. So double win. 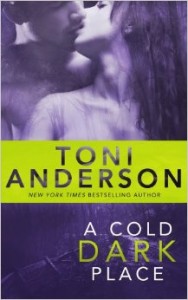 Former CIA assassin Alex Parker works for The Gateway Project, a clandestine government organization hell-bent on taking out serial killers and pedophiles before they enter the justice system. Alex doesn’t enjoy killing, but he’s damn good at it. He’s good at dodging the law, too—until a beautiful rookie agent has him wondering what it might be like to get caught.

FBI Special Agent Mallory Rooney has spent years hunting the lowlife who abducted her identical twin sister eighteen years ago. Now, during an on-going serial killer investigation, Mallory begins to suspect there’s a vigilante operating outside the law. She has no choice but to take him down, because murder isn’t justice. Is it?

When Mallory starts asking questions, The Gateway Project management starts to sweat, and orders Alex to watch her. As soon as they meet, the two begin to fall in love. But the lies and betrayals that define Alex’s life threaten to destroy them both—especially when the man who stole her sister all those years ago makes Mallory his next target, and Alex must reveal his true identity to save the woman he loves.

The last couple of months I’ve been reading Toni Anderson’s Cold Justice series. I’ve really enjoyed these books! I’m on No.4! Smart, chilling, and very realistic. The characters are intelligent and respect each other. The plotting is awesome sauce!

So, that’s what I’ve been reading. How about you? What has you turning the pages these days?