Like all readers I have favourite story settings. Some real, some fictional, most are a combination of both. One of my favourite story settings is found in this incredible novel, now motion picture, ROOM by Emma Donoghue. The importance of place is paramount. One room is five-year-old Jack’s world. Another is the farm Green Gables found in Lucy Maud Montgomery’s Anne of Green Gables. The inspiration of which is found in Cavandish, Prince Edward Island. I was lucky enough to visit Green Gables Heritage site. 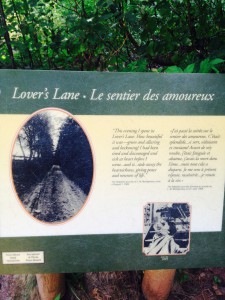 I fell in love with the Chesapeake Bay area because of Nora Roberts book Sea Swept. Was fascinated with Tara Janzen’s Steele Street series and her chop-shop turned special ops heroes based in Denver.

My own fictional setting of Aspen Lake is based on a resort area I spent a lot of time at when I was a young child. I also worked there for a couple of summers while I pursued my post-secondary education. I met my husband while working at Moose Mountain Provincial Park. I have very fond memories of this area. And although I’m a city girl at heart I love reading and writing about small towns.

Modelling Aspen Lake after this region seemed a natural thing to do. Especially considering I was a novice at writing. There was a very clear picture on the environment and the social construct of the place in my head and the missing details were easy to find.

And into northern Canada. Which provides endless options as that encompasses a vast space. 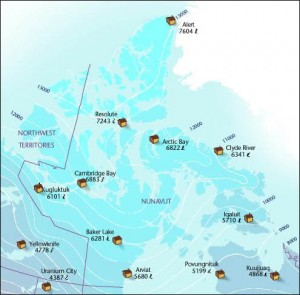 “Northern” Canada encompasses all land above the country’s 60th parallel, which is divided into three territories (from west to east): Yukon, the Northwest Territories and Nunavut. Upwards of 90 per cent of the land in all three is strictly uninhabitable, a barren wasteland of rock, ice and snow, meaning most populated areas are located either in the southern region or close to the coast of some lake, river or ocean. Even then, “habitable” is very much in the eye of the beholder. Even in the cities, it’s not at all uncommon for winter temperatures to dip below -40˚(C).  J.J. McCullough J.J.’s Complete Guide To Canada

But how far into the north of 60 to venture, and how far west to explore? What topics do I want to explore with this series. One thing I’ve learned? Creating a setting for your story is more than local fauna and flora, or brick and mortar buildings, although it’s important to get those right too. 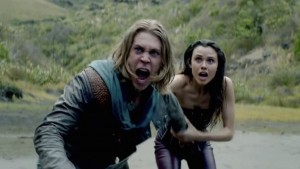 The stakes are high. The bad guy is actually a worthy adversary. And the actors are pretty. When they’re not screaming in terror. Because, hello, demons.

In an interesting article by Malinda Lo on world building. In it she repeats Holly Black’s, author of the Spiderwick Chronicles, six questions to use when establishing your world’s rules about magic or science. Also, her thoughts on power, rituals, food, etc. My setting will be a contemporary real-life place. There might not be magic. But I can’t help but apply her questions about rules and power when thinking of developing a potential setting. Because, Power? That’s a theme, big or small, we all explore in one way or another.

That’s where I’m at. What are some of your favourite story settings?

4 thoughts on “Story Settings and What’s Next!”