We all need to fill that creative well so I guess it only makes sense that being on holiday inspires creativity. We absorb inspiration in through sight, sound, taste, and touch. We make memories. Have good times. If we’re lucky, the best of times. And sometimes the rough ones when things don’t turn out as planned make the most memorable holidays.

Back in 2010 we camped at Writing-On-Stone Provincial Park in Alberta, Canada. Hauling our trailer around has been one of our favourite ways to holiday. And I would call camping at Writing-On-Stone one of our best times. The Milk River runs through the campground. I guess, for us, that was unique because we’re used to camping by lakes. The Milk River was given its name by Lewis of the Lewis and Clark Expedition who described it like this:

“the water of this river possesses a peculiar whiteness, being about the colour of a cup of tea with the admixture of a tablespoonfull of milk. from the colour of its water we called it Milk river.”

Milk River is a slow moving river that you can raft lazyly along. There’s a beach and the mixture of clay and sand makes for awesome sandcastle building. There are sandstone cliffs called hoodoos to climb all over. It’s peaceful and quiet with a first class interpretive center/museum that gives a wonderful look at the history of the area. The perfect holiday.

It’s a beautiful spot, where people have been camping there for 3,000 years. For centuries native people camped along the Milk River, where they found shelter, water, and an abundance of food. They also found inspiration here. They believed this wide, lush valley with its hoodoos was charged with supernatural powers and was home to powerful spirits with the ability to help the people who journeyed to this scared place to pray.

They were so inspired that they documented the importance of this place. Writing-On-Stone park is home to petroglyphs (rock carvings) and pictographs (rock paintings) that tell explain their history, beliefs and way of life on the sandstone cliffs.

If ever there was a place to inspire a story… 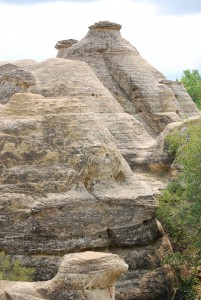 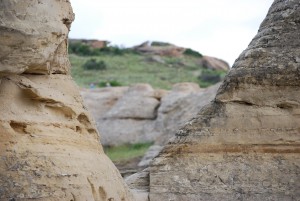 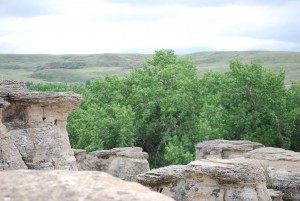 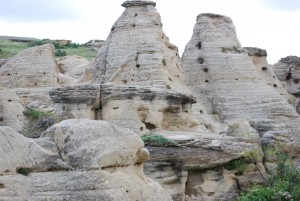 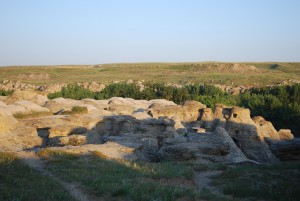 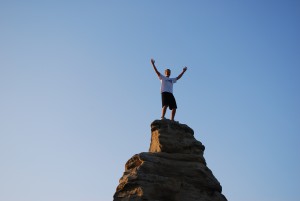 Where have you found inspiration? What are some of your favourite holiday locations?

One of my favorite things about holidays is all the good eats. I enjoy food. A little too much, but whatever. This past week in hot and sunny Arizona was no different. We partook in our share of wonderful meals while we were gone, home cooked and restaurant style.

It was so nice to sit on the patio at my in-laws winter home after a record-breaking cold winter back in Canada. They went all out for us, as usual. We ate lots of wonderful meals outside, during the day with the hummingbirds, or in the warm evening air. We were thoroughly spoiled. I didn’t lift a finger. I almost feel guilty about that… 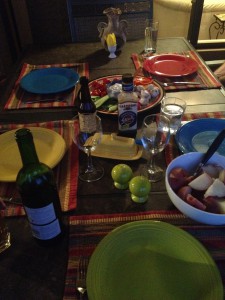 I was lucky enough to tag along with my mother-in-law on her community group’s spring fling lunch at the Arizona Culinary Institute. (See, totally spoiled.) The company was delightful and the food was delicious. Lovely setting and the food was almost too pretty to eat. Almost. From the Sweet Chili Shrimp appetizer to the sea bass main course to the out-of-this-world chocolate cake. 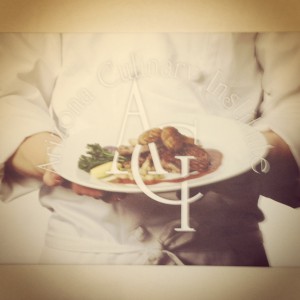 Grandpa and Grandma spent an evening with their granddaughter dining on her favorite food of cheeseburgers and hotdogs and Jack and I treated ourselves to an evening out at SOL Mexican Cocina restaurant. A little bit of Baja California served in the desert. Oh sweet mercy, it was delicious. Bonus, I enjoyed with the best margarita EVER. If you love tequila this is the place for you! 60 artisan tequilas. No wonderful my margarita was extra yummy. Definitely recommend this one!

We also ate at a place called Wally’s American Pub and Grill which was served great food. Also, recommend. And a fabulous pizza place that I can’t remember the name of for the life of me. But when I get it I’ll add it in!

Food and family make for a wonderful combination. Especially when someone else is doing the cooking. Now it’s time to detox. Have a favorite meal you’ve eaten lately? Any restaurant recommends?