This reading year is starting off strong. My first read of this new year is by Kate Clayborn, who is one of my very favourite authors, and this book just made me love her writing even more. I’m delighted to recommend it.

Georgie, All Along by Kate Clayborn

Longtime personal assistant Georgie Mulcahy has made a career out of putting others before herself. When an unexpected upheaval sends her away from her hectic job in L.A. and back to her hometown, Georgie must confront an uncomfortable truth: her own wants and needs have always been a disconcertingly blank page.

But then Georgie comes across a forgotten artifact—a “friendfic” diary she wrote as a teenager, filled with possibilities she once imagined. To an overwhelmed Georgie, the diary’s simple, small-scale ideas are a lifeline—a guidebook for getting started on a new path.

Georgie’s plans hit a snag when she comes face to face with an unexpected roommate—Levi Fanning, onetime town troublemaker and current town hermit. But this quiet, grouchy man is more than just his reputation, and he offers to help Georgie with her quest. As the two make their way through her wishlist, Georgie begins to realize that what she truly wants might not be in the pages of her diary after all, but right by her side—if only they can both find a way to let go of the pasts that hold them back.

This delicious and sweet book has it all. Characters so real you can’t help but love them. Kate Clayborn carries us along on an intimate journey of self discovery grounded by great writing, great dialogue and great depth. It was a multi-sensory delight from beginning to end, from milkshakes and green beans in pasta to dock boards underfoot and a dog named Hank. It’s charming, it’s rich, and it will tug at all your heartstrings.

It also just so happens that I saw a great clip between Kate Bowler and Elizabeth Gilbert talking about ‘purpose anxiety‘ and it reminded me of this book. One of the things Elizabeth Gilbert talks about is our obsession with finding our higher purpose, in narrowing that down to an absolute and then putting a significant amount of energy into nurturing and honouring that higher purpose. That’s aside from living our life, which is a pretty big deal. And I think that’s what this book is about at its core: making a good life for yourself, focussing on the moment, and not having to make everything about a higher purpose.

Have you got any book recommendations for me?

More thoughts on books. I was lucky enough to receive an ARC of The Golden Couple by Greer Hendricks and Sarah Pekkanen.

The Golden Couple by Greer Hendricks and Sarah Pekkanen

If Avery Chambers can’t fix you in 10 sessions, she won’t take you on as a client. Her successes are phenomenal–she helps people overcome everything from domineering parents to assault–and almost absorb the emptiness she sometimes feels since her husband’s death.

Marissa and Mathew Bishop seem like the golden couple–until Marissa cheats. She wants to repair things, both because she loves her husband and for the sake of their 8-year-old son. After a friend forwards an article about Avery, Marissa takes a chance on this maverick therapist, who lost her license due to controversial methods.

When the Bishops glide through Avery’s door and Marissa reveals her infidelity, all three are set on a collision course. Because the biggest secrets in the room are still hidden, and it’s no longer simply a marriage that’s in danger.

It’s been awhile since I’ve read a domestic suspense story but I really enjoyed The Wife Between Us and I couldn’t wait for all the twists and turns this writing duo was sure to provide. I wasn’t disappointed. The story revolves around a marriage in trouble and an unconventional therapist. Few things are what they seem and a teetering tower of lies holds it all together.

Avery Chambers, a discredited therapist, promises to fix a client’s problem in ten sessions. Then the Bishops hire her to fix their marriage. She begins to change her mind once she gets to know them. They say all the right things but they have no interest in telling the truth. They reveal just enough of it to cover up the things they don’t want to be discovered. And Avery has other threats and problems to worry about. Somehow it all comes together in the end in with a bang.

This story makes very compelling reading. I couldn’t put it down.

Writing duos always fascinate me. I’m not sure how they do it. My approach is all over the place and I can’t imagine coherently explaining my thoughts well enough to co-author anything. Apparently, that wasn’t the problem for an interesting writing pairing about to release a book next Tuesday.

I’ll be reading this book. I won’t be able to resist the hype. The combination of Louise Penny and Hillary Rodham Clinton is to fascinating to resist and premise for State of Terror is very tempting.

I find domestic suspense, which often revolves around unreliable narrators and what is true and what is not, interesting reading. Having said that, I haven’t read one in awhile. What are your thoughts? I would love some Canadian author and Canadian setting recommendations. 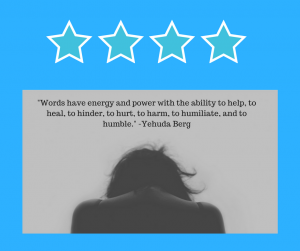