It’s Sunday! Yay! That means six sentences from many different authors are up and waiting for you to read them. Whether they’re from published or pre-published works, they’re sure to entertain! Welcome to Six Sentence Sunday!

The following comes from a work-in-progress and is my second Aspen Lake story. This is Kate Logan and Seth Stone’s story. They are about to be introduced.

“Can I help you?” She plunged into the Kate Logan act. Relished the comfort of the fit. The shaky Kate disappeared behind a raised brow and the strut that had made her famous.

He said something to Grace before turning towards her and the full impact of the whole package hit her square in the chastity belt. She beat down the urge to smooth a hand over her skirt. Instead she put one stiletto in front of the other and advanced.

I love reading your comments and be sure to tour around to read other wonderful snippets.

It’s Six Sentence Sunday! And a great day to travel around the web reading a short six sentence excerpt from either a published work or a pre-published work-in-progress. So take a tour and drop by some the very talented writers offering snippets for your entertainment. 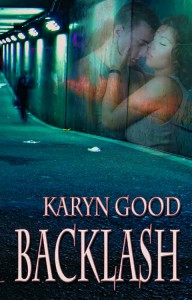 Constable Chase Porter’s new partner has just finished telling him not to worry about Lily. That he’ll look after her.

Don’t worry about Lily? That was like asking a member of the counter terrorism unit to chill, or the defense to quit tackling the guy with the ball. Not gonna happen. Hadn’t he given it his best shot for ten years? Look where it’d gotten him. Right back where he’d started.

Have a wonderful Sunday! Sample some great books from talented authors and take a Six Sentence Sunday tour.

It’s Six Sentence Sunday again. That’s right! A unique chance to travel around cyberspace getting a 6 sentence glimpse into the pre-published and published works of various authors. I’d love to hear from you. Happy travelling!

From my newly released romantic suspense, Backlash. My main characters, Chase and Lily, find themselves forced to ride together in a truck searching for a missing 13 year-old boy. Things are not going well.

“You’re being ridiculous, you know.”

Hell. On. Earth. It had to be. Where else would he find himself stuck in a confined space with someone who looked and smelled like candy coated chocolate and thought like a Rottweiler? 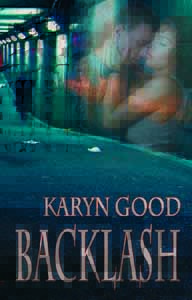 My six sentences comes from my romantic suspense, Backlash. My hero, Constable Chase Porter, has just found out that the Prairie Brotherhood, a criminal gang, has put a contract out on Lily Wheeler, my heroine.

Chase wrapped his hands around the top railing and lowered his pulsing head. A growl tore out of him. It had nothing to do with human and everything to do with wild. His heart rate jacked. His skull heated while fear, aggression, and predatory instinct pumped panic through his arteries and spiked it straight to his heart.

Backlash is now available in print from The Wild Rose Press, and Amazon. It will available in digital format on June1st.

Thank you for taking the time to stop by on this beautiful and busy day. I hope you’ve enjoyed the offering at the various blogs. Happy Mother’s Day! Continue your Six Sentence Sunday journey here!

From my debut romantic suspense, BACKLASH, which is now available in print. Ebook options coming June 1st. Chase and Lily are  indulging in a little them time.

Her shirt came off and pooled into a puddle of cotton on the floor. His mouth rushed over her jaw, down her neck, across her collarbone. Blood rushed to places she’d forgotten existed. She pressed closer. She pushed him back. All in a skirmish to gain ground, to come out the winner in a pleasure sweepstakes.

Again, thanks for stopping by and commenting!

It’s Six Sentence Sunday! Time to travel around to all kinds of author blogs and get at sneak peak into lots of fabulous stories. Your comments always inspire me, so thanks for taking the time to drop by and leave them.

It’s late in the evening and my heroine, Lily, is being escorted home by police after a brutal attack by a wanted gang leader.

Lily averted her gaze from the sidewalk and focused on Chase unlocking her door. She remained vertical by sheer force of will, desperate to get inside. Even with Chase and Mike stuck to her like burrs, the whispering breeze carried threats. The shadows hid monsters threatening to break through their guard. Paranoia bloomed.

Thanks again for stopping by and there’s always more places to visit on Six Sentence Sunday.

In this snippet Chase, my hero, is enjoying a quiet moment of introspection.

He hated tranquil and quiet. He preferred noise and movement. Life after nine in the evening. Anonymity.

And more than one degree of separation between him and his high school sweetheart, for fuck sake.

Then again,maybe not so much enjoying as twisting the proverbial knife in the wound.

Thanks for taking the time to stop by and check out my contribution. As always, I love hearing from all of you. Have a great Six Sentence Sunday!

It’s Six Sentence Sunday. Where writers share a mere six sentences from their works. It’s like passing around a book of chocolates. Only you don’t have to stop at just one. Tour around and read as many six sentence offerings as you want without feeling guilty.

I’m sharing snippets from my debut romantic suspense novel, Backlash, which will be available as of June 1st.

My Heroine, Lily, and my hero, Chase, are having a…discussion.

For once, she didn’t want to do the right thing. The sensible thing. The good girl thing.

“As for Tessier…I’m going to feast on every second of payback that bastard has coming for putting his hands on you.”

Rebel thoughts whispered through her mind, like a breeze swirling up the fallen autumn leaves.

Go here to see the list of other links with snippets for you to enjoy!

It’s Sunday and that means it’s time for Six Sentence Sunday. Different authors offering up little snapshots of their work. It’s a lot of fun, I hope you check out as many as you can.

These six sentences come from Backlash, my romantic suspense releasing on June 1st. In this scene my hero, Constable Chase Porter, has received a visitor, his mentor from childhood, Stan Knight.

Stan tipped his head, and Chase got that bug under glass feeling. “You’d probably find you had a lot in common.”

That’s it. Six little sentences to tempt and tease. Remember to check out the other offering here.

It’s Sunday and that means another six sentences! Check out the main stage at Six Sentence Sunday to link to more great novel snapshots.

More from my romantic suspense, Backlash, that releases June 1st from The Wild Rose Press.

Small town teacher, Lily Wheeler, is upset over a vicious attack on one of her student’s. She’s also trying to make sense of the sudden reappearance of an ex-high school sweetheart. You met Chase Porter last week.

“What are you doing here?” she asked, because apparently stupidity was also a symptom of fear induced insanity. Like his presence was the biggest thing she had to worry over. Like she cared that he had appeared out of thin air, in the nick of time, after disappearing for a decade.

“Rescuing you?” His hands settled on his hips. His eyes traveled the length of her and back up, right before he shook his head like he couldn’t believe his bad luck.

And there you have it! As always, I love hearing your comments.